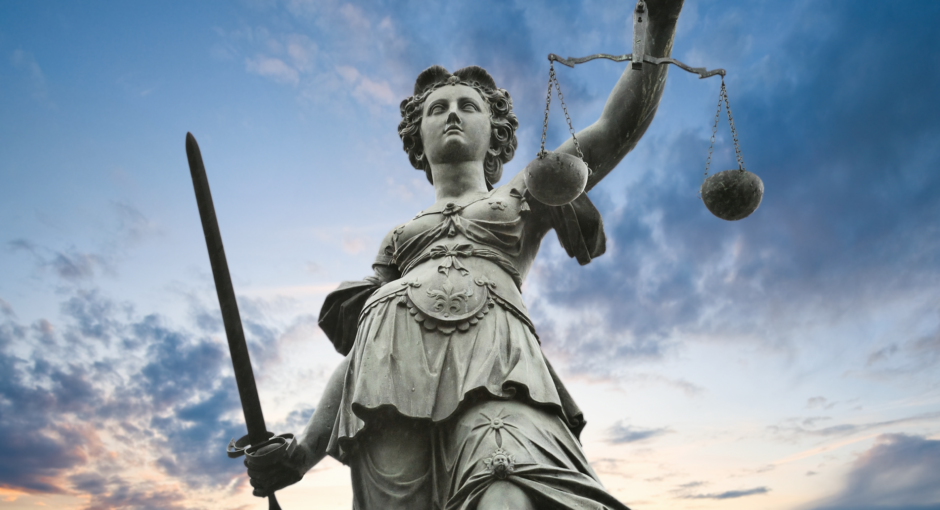 Why We Don’t Have to Fear Life

There is no fear in love.  But perfect love drives out fear, because fear has to do with punishment.  The one who fears is not made perfect in love.

Once Israel had conquered the “promised land” its next order of business was to establish a system of justice that could effectively deal with the problems people were having.

One problem was manslaughter.  To deal with this problem, Joshua established cites of refuge.

Then the Lord said to Joshua:  “Tell the Israelites to designate the cities of refuge, as I instructed you through Moses, so that anyone who kills a person accidentally and unintentionally may flee there and find protection from the avenger of blood.

Cities of refuge allowed people who had killed someone to find protection until a court could convene to hear their case.  Up until this time a “revenge system” existed under tribal law that did not always guarantee unbiased protection.

Anyone who entered a city of refuge could count on three things:

He is to stay in that city until he has stood trial before the assembly and until the DEATH OF THE HIGH PRIEST who is serving at that time. Then he may go back to his own home in the town from which he fled.”

Why the death of the high priest?

God’s View of Love and Fear

The answer to the above question shows us God’s view of punishment and correction as it relates to love and fear.

The high priest was the mediator between God and man.  In this case, the death of the high priest points to the atoning effect of Christ.

That’s because Christ is also a High Priest.  He is also a slain Lamb.  His death FREES us from the PUNISHMENT of sin.  As we bring our sin to Him and apply the atoning effect of His blood in our lives, He becomes our CITY OF REFUGE.  God removes the vigilante justice Satan seeks for our lives.

That’s why King David could say:

“I will say of the Lord, He is my REFUGE and my fortress, my God, in whom I trust.”

People would run to a city of refuge because they FEARED the punishment that would come if they didn’t.  They sought CORRECTION.  They sought LOVE.

The Difference Between Punishment and Correction

Punishment is all about revenge, inflicting pain.  Just like the “tribal law” in Joshua’s day, punishment is totally self centered.  It seeks its own sense of justice.  It doesn’t care about the offender.  People naturally FEAR punishment.

Correction on the other hand thinks about the offender.  It tries to determine how justice can be served by helping the offender through discipline.  Just like the “civil courts” of Joshua’s day, cities of refuge reflected understanding.  God’s love takes YOU into consideration.  People can accept and eventually LOVE correction.

No discipline seems pleasant at the time, but painful. Later on, however, it produces a harvest of righteousness and peace for those who have been trained by it

When we come under Christ, he promises to remove punishment from us.  We don’t have to FEAR Him or anything anyone would hope to place upon us.  He protects us.  Instead He promises correction, LOVE.

That’s because God is LOVE.  There is no fear in love.  When we make Christ our REFUGE we are protected from punishment, that which stifles us.

If we are fearful, it’s because we are not made perfect in His love.  We have to remind ourselves that God did not give us a spirit of fear but of power, love and a sound mind.

For God has not given us a spirit of fear, but of POWER and of LOVE and of a SOUND MIND.

God is not like others.  He is loving.  He wants what’s best for us, even when we do wrong.

How do you apply this to your everyday life?

Stop DREADING life.  Stop worrying that something BAD is going to happen to you.  Make God your REFUGE.  Believe that as you trust Him He will work everything out to your good.

“Though an army besiege me, my heart will not fear!”

Because the Lord is the stronghold of his life.  His Refuge.

He had discovered that God is about loving correction, not punishment.

Not only will God not punish you, but He will also bless you in the presence of those that would like to see you punished— your enemies.

You prepare a table before me in the presence of my enemies.  You anoint my head with oil; my cup overflows.

So learn the lesson of LOVE.  Come to God.  Make Him your REFUGE and He will remove all punishment.  When you are made perfect in His love you will never have to FEAR again, you can have peace.