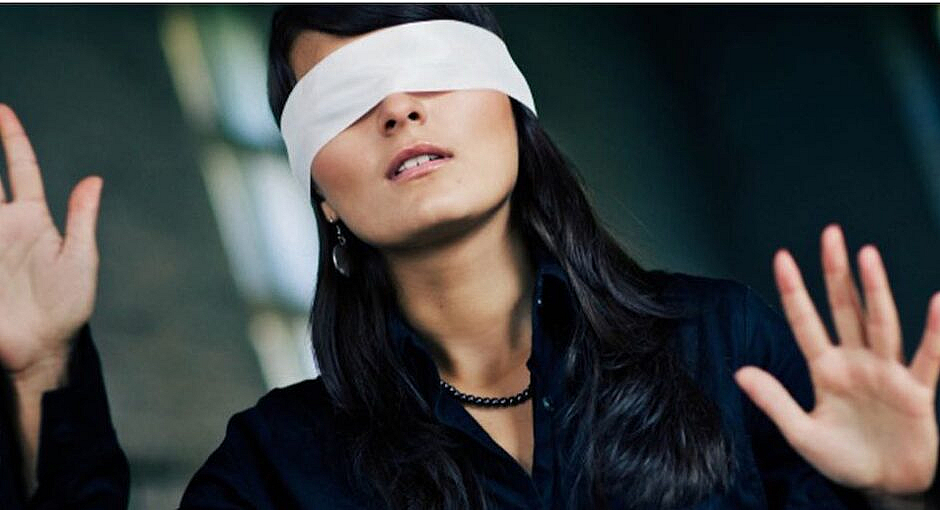 I was standing in front of the Phoenix Public Library promoting my upcoming Truth Based Thinking seminar, when a man walked up to me and asked a question.

“Do you believe in gay marriage?” he asked.  I explained that I didn’t.

“Who do you think you are standing here pretending you understand what TRUTH is?  All you’re doing is perpetrating lies.  I would never come to your seminar.”  he said as he stomped off leaving me to wonder what had just happened.

I later realized that this man’s response dramatized a key point I make in my seminar.  Everyone has their OWN point of view.

Relative truth is like looking at the world through a peephole.  What you see is only part of the whole.  Relative truth represents YOUR experience.

But if the purpose of truth is to serve as a reference point from which to guide our lives, how can we be sure that truth based solely on our own experience isn’t leading us down the wrong path?

What we have to consider is that while relative truth can be partly right, it can also be completely wrong.  That’s because relative truth isn’t always objective when viewed against the WHOLE.  Our views can be mixed with subjectivity.

For example, a women who has had bad experiences with men might describe all men as “pigs”.  However that isn’t true.  ALL men aren’t pigs.  Her objectivity is tainted by her subjective opinion.  That is why relative truth does not always work.  A great definition for relative truth is that it works for some people, in some situations, some of the time.

What’s needed is a truth that works for all people, in all situations, all the time.  But where can we find truth like that?

I work on airplanes.  I’ve been a Flight Attendant since 1984.  During this time I’ve witnessed thousands, even hundreds of thousands of people put their lives in the hands of a person they’ve never met.  Who?  The pilot!  Have you ever stopped to think about that?  Why would people be willing to do that?

The answer is OBJECTIVE EVIDENCE!  In life, they have accumulated enough empirical evidence to trust the concept of flying.

As a result, they put their FAITH in a man they have never met.  Faith lets them bridge the GAP between OBSERVATION and EXPERIENCE.  Their faith let’s them experience flying.

Now some people might complain about me using the word FAITH.  That’s because they perceive faith as a religious concept.  But the fact is, REAL faith is a commodity everyone uses— even atheists.

There is a kind of “faith” that some people use called BLIND FAITH.  But blind faith isn’t really faith at all.  That because it’s subjective, it isn’t verifiable.  Blind faith relies on the feelings and opinions of others.  Blind faith can’t help us find reference points for our lives.  But there is a faith that can, I call it REAL FAITH.  Real faith is based on objective ideas, like flying.  Real faith is verifiable.  It’s reliable.

With this in mind, the first thing I want you to notice about the example of flying above is that objective evidence and real faith go hand-in-hand to produce truth.  They cannot be separated.

If I were to put this in formula form it would look like this:

To prove what I am saying is true, take away one piece of the formula at a time and see what happens.

What would happen if you brought someone from medieval times to the present and directed them to get on a huge piece of metal weighing 187,000 pounds (an airplane) so they could “fly”?

They wouldn’t do it.  They’d think you were crazy.  They wouldn’t trust their lives to a concept they had NO objective understanding of.

Conclusion:  Without objective evidence, the truth of flying will not be experienced!

What if the Wright brothers, who discovered flight, never acted on the objective evidence they uncovered concerning flight.  What if they never took a step of faith based on what they they discovered?  They would have all the evidence of flight, but they would not have flown.

Through these examples we can see that objective evidence and real faith go hand-in-hand.  They cannot be separated.

But how do we know if the TRUTH they produce is real?

Truth is real if it WORKS.  The proof is in the pudding.

How EFFECTIVE truth works also defines what kind of truth it is:

Relative truth works for some people, in some situations, some of the time.  We discussed this earlier.

What we have discovered through flight is a new kind of truth, Absolute truth!

Absolute truth works for all people, in all situations, all of the time.

Flying is an absolute truth.  Flying would have worked had it been discovered in any century.  The truth of flying works for all people, in all situations, all the time.  This is how you can know if something is absolute.

Absolute truths make great reference points for our lives.  They give us the objectivity we are looking for.  They are reliable, they always work.

Absolute truths can be found in all arenas of life.

New absolute truths will continue to be discovered.  Nowhere is this more evident than in the field of computer-chip technology.  Computer chips are constantly being made smaller, faster, and more powerful!  The absolutes of science are changing our lives at a rapid pace.

But man may begin to ask, even though I can discover truth and use it to my advantage, where does it come from?  Who or what created it?  Does God exist?

That question leads to my next article entitled, Transcendent Truth.